live action captured in video and projected again
over-layering the present body with its multiple pasts.

variation with projected lines on top of the body: 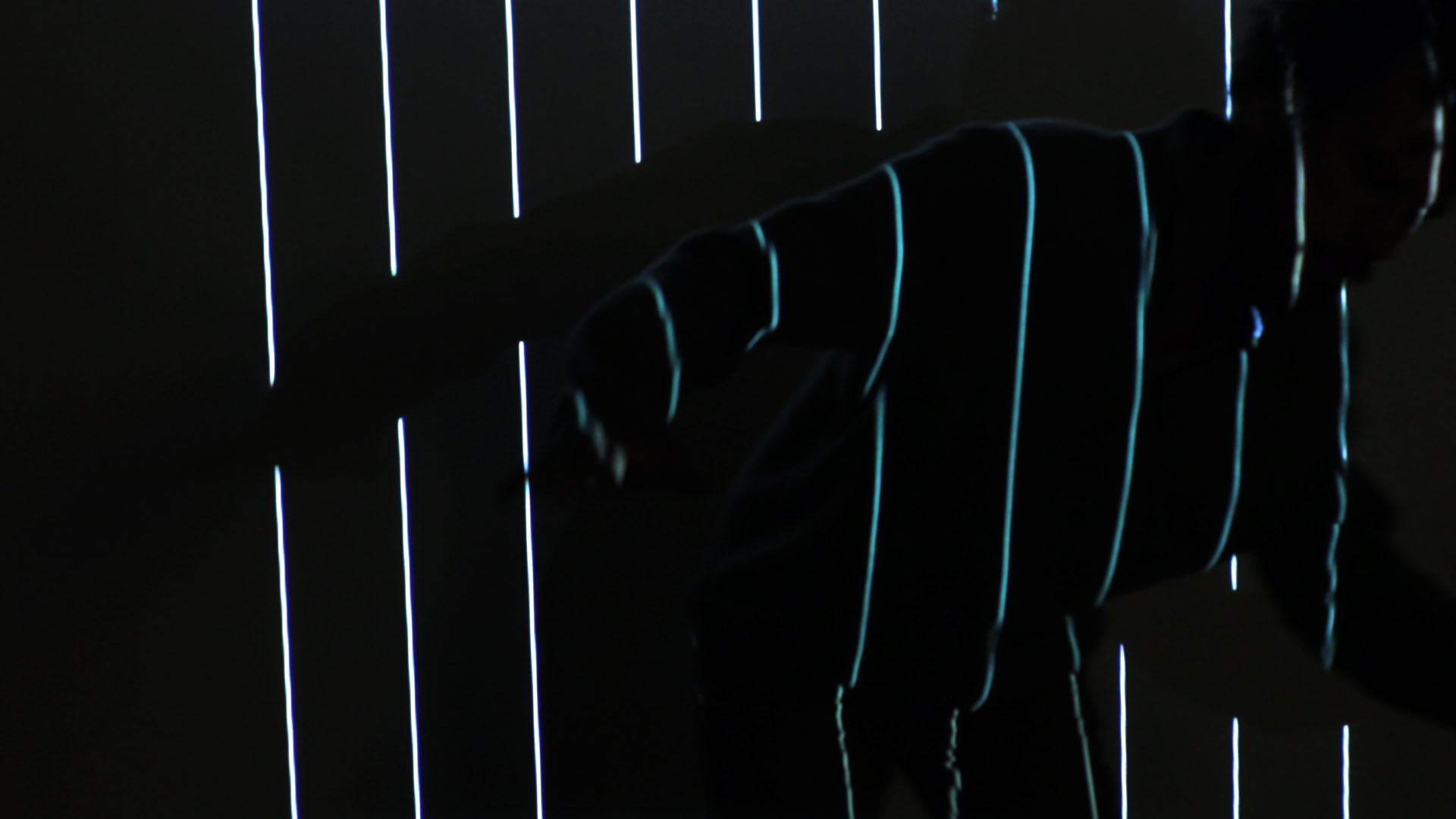 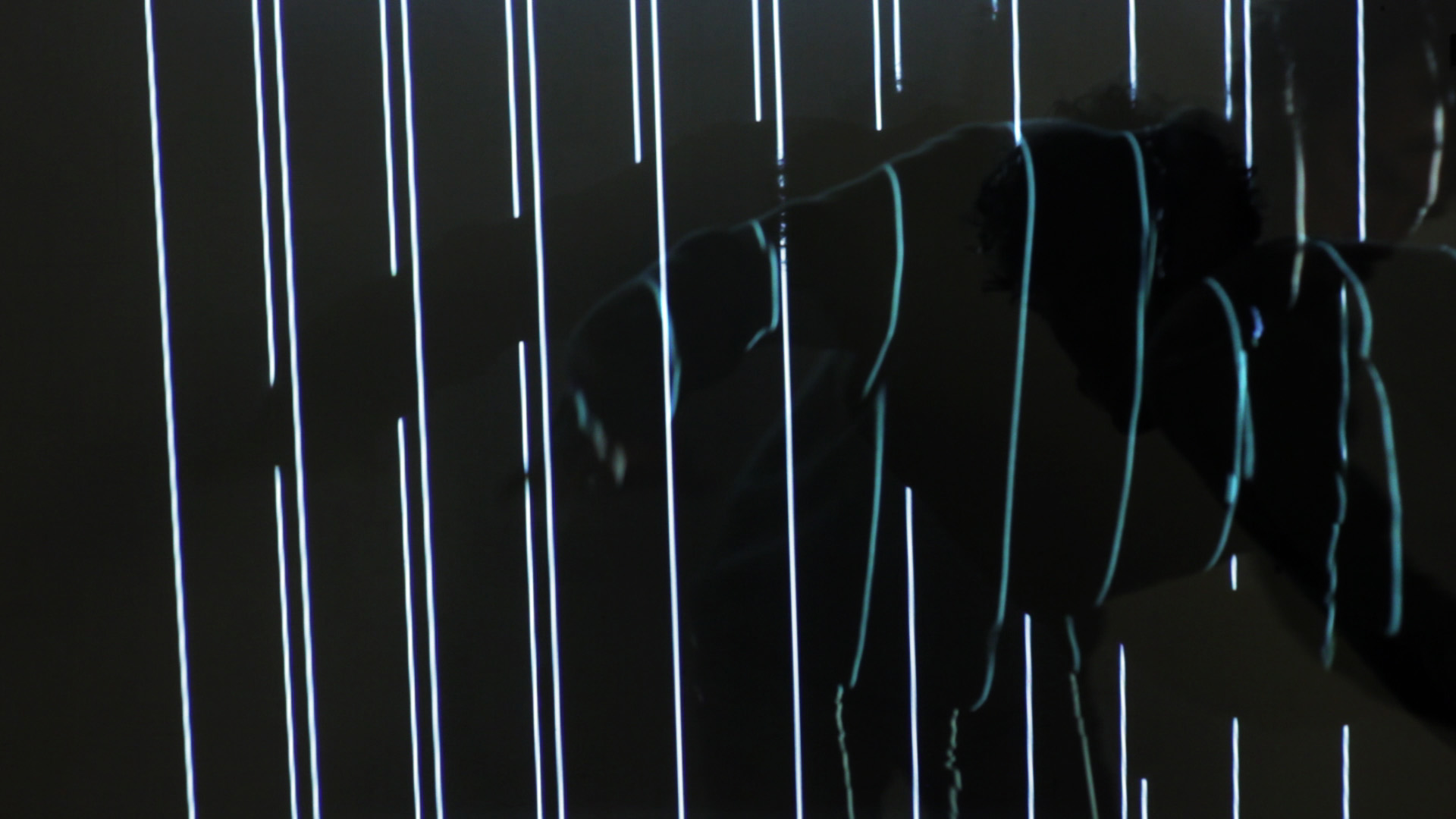 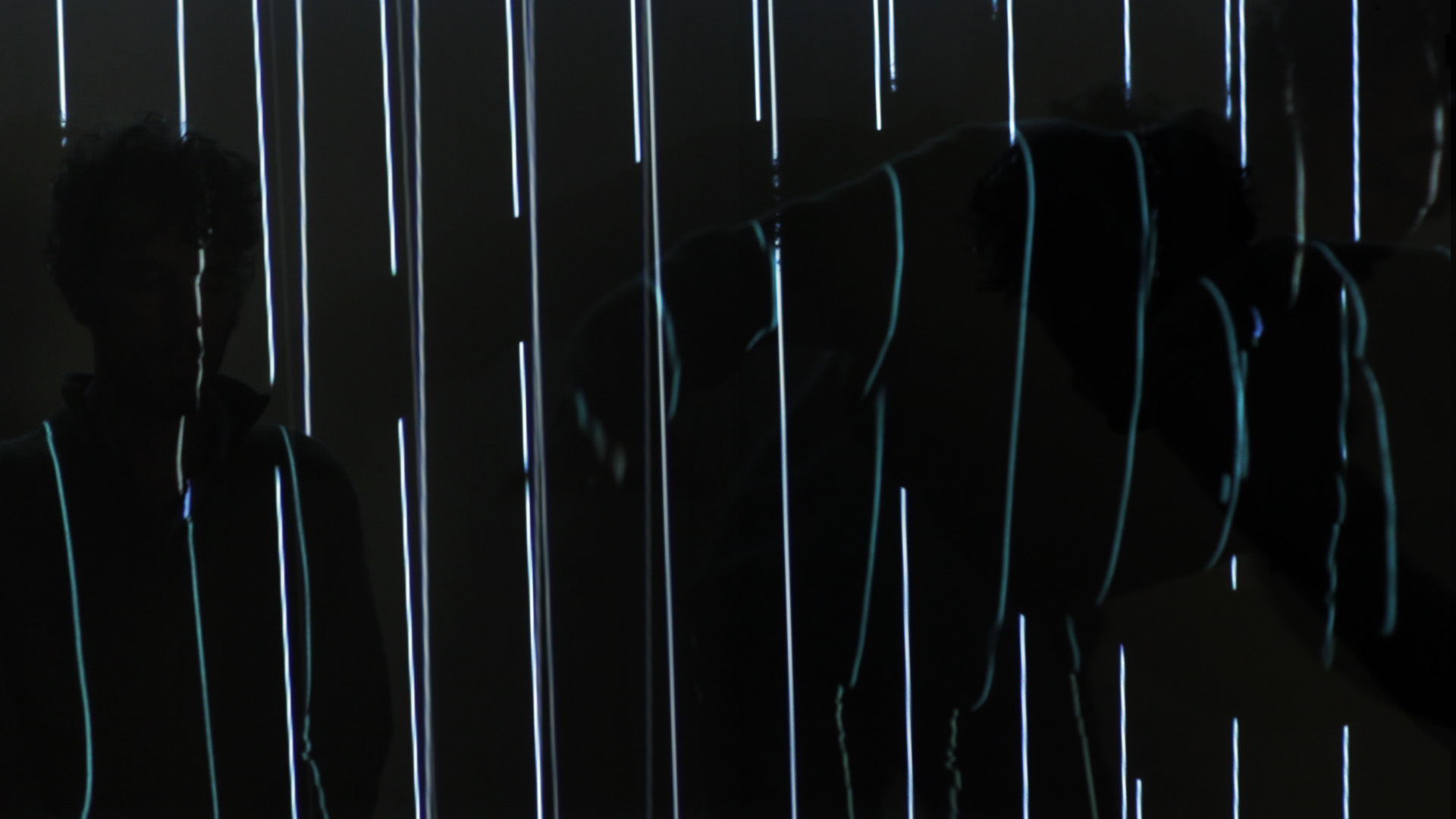 ‘Looper’ is an ongoing exploration, used in different contexts, formats, and people.

for instance, in dance hack 2016 where sounds and image of two musicians and a dancer were looped to create improvisations.

and here during a musical performance of emsemble economique (a/v club, at occii, amsterdam, 2015):